TORONTO, Sept. 20, 2022 (GLOBE NEWSWIRE) — Eloro Resources Ltd. (TSX-V: ELO; OTCQX: ELRRF; FSE: P2QM) (“Eloro”, or the “Company”) is pleased to announce assay results from twenty-one (21) diamond drill holes from its on-going drilling program at the Iska Iska silver-tin polymetallic project in the Potosi Department, southern Bolivia. Five (5) surface holes (DSB-28 to DSB-30, DSB-32 and DHK-25) tested the high-grade feeder zone in Santa Barbara which was also tested by two (2) underground holes (DSBU-09 and DSBU-011). Six (6) holes (DSB-16 to DSB-19, DSB-23 and DSB-27) tested the northwest extension of Santa Barbara. Eight (8) holes (DPC-04 to DPC-08 and DPC-10 to DPC-12) are reported for the Porco area. Five surface drills are focused on completing drilling in the Santa Barbara Resource Definition Drilling Area and its extension to the south-southeast. This press release also outlines a major update on the geophysical surveys which have greatly expanded the higher-grade feeder area target zone to the south-southeast.

Overall, the Company has completed 74,782m in 113 drill holes to-date at Iska Iska, including five holes in progress, as shown in Figure 1. Tables 1 to 3 list significant assay results for the drill holes reported. Prices used for calculating Ag equivalent grades are as outlined in the July 18, 2022 press release. Table 4 summarizes drill holes with assays pending. Highlights for each major target area are as follows:

Drilling continues to expand the extent of the high-grade feeder zone at Santa Barbara, especially to the south-southeast. New borehole geophysical data have significantly expanded the strike length of this important high-grade zone. The highly conductive zones correlate very well with previously released high grade drill intersections, as described below. The conductivity data from boreholes have extended the high-grade feeder zone a further 250m along strike to the south-southeast. The 3D inverse magnetic model which correlates very strongly with the conductive zone suggests that the high-grade feeder zone may extend across the entire caldera for as much as a further 1 km along strike. The definition drill program has now been modified to sectionally drill this highly prospective extension, with the intention of defining a major open pittable mineral resource in the valley of the caldera.

Tom Larsen, CEO of Eloro said: “The results presented in this press release, combined with the enhanced geological and geophysical interpretation, show the continuing expansion of the already extensive Iska Iska high-grade mineralized system, which has a potential strike length of at least 2km. The new data demonstrate excellent potential to outline a major open pittable deposit in the valley of the Iska Iska caldera. As a result, the estimated completion date for the maiden NI 43-101 mineral resource has been pushed back to the end of Q1 2023 to provide additional time to drill-test this important target. We thank both ALS and AHK laboratories for greatly reducing our backlog of samples over the last several months, enabling us to report the results from a large number of holes in this release.”

Dr. Bill Pearson, P.Geo. Eloro’s Executive Vice President, Exploration commented: “We are continuing our definition diamond drill program with five surface rigs focusing on the south-southeastern extension of the high-grade feeder zone. As each drill hole is completed, we survey the hole using a pole-dipole IP array down the hole as well as cross hole measurements using current in surrounding holes. Our borehole IP team from McKeown Exploration Services, which is supervised by our Chief Geophysicist Dr. Chris Hale, P.Geo., works closely with our drill contractor Leduc Drilling to allow holes to a 1000m depth to be surveyed efficiently. This has greatly enhanced our geophysical program and has led to the tremendous geophysical model disclosed in this press release. We continue to get numerous and extensive mineralized intersections in all our holes as outlined below. In addition, we now know that the DPC series of holes in the Porco area are mainly just on the edge of the massive conductive zone and magnetic susceptibility high that goes through the Porco area at a deeper level.”

A photo accompanying this announcement is available at https://www.globenewswire.com/NewsRoom/AttachmentNg/7a99bfe9-a783-49ac-90c4-a23bef1e5a75

As noted above, new borehole geophysical data have significantly expanded the strike length of the important high-grade feeder zone at Santa Barbara. The highly conductive zones correlate very well with previously released high grade drill intersections. Figure 2 is a NW-SE longitudinal section showing the geophysical results in the Santa Barbara high grade feeder zone. Based on current data, this feeder zone has a potential overall strike length of at least 2km. Figure 3 is a view looking south across the Iska Iska caldera valley and Figure 4 shows the conductivity model in the same view as Figure 3.

Reinterpretation and Significance of Drilling in the Porco Area.

All the Porco holes reported in this release are on the margins of the conductive/magnetic anomalies, hence the presence of widespread higher-grade mineralization on the edge of these anomalies is very encouraging. Further drilling will be carried out to test the core of the geophysical anomalies in these areas.

Results for six (6) diamond drill holes that tested the potential northwest extension of the Santa Barbara zone are summarized in Table 1. Locations of these holes are shown on Figure 1. Holes from southeast to northwest are DSB-23, DSB-18 and DSB-19 on the same section, DSB-17, DSB-27 and the northwesternmost hole DSB-16, which collectively cover a strike length of approximately 600m. Highlights are as follows:

S = Surface UG=Underground; collar coordinates in metres; azimuth and dip in degrees. Total drilling completed since the start of the program on September 20, 2020 is 74,782m in 113 drill holes (32 underground drill holes and 82 surface drill holes) including 5 holes in progress.

Drill core samples sent to AHK Laboratories are prepared in a preparation facility installed and managed by AHK in Tupiza with pulps sent to the AHK laboratory in Lima, Peru. Au and Sn analysis on these samples is done by ALS Bolivia Ltda in Lima. Check samples between ALS and AHK are regularly done as a QA/QC check. AHK is following the same analytical protocols used as with ALS and with the same QA/QC protocols. Turnaround time continues to improve, as laboratories return to more normal staffing levels.

Since the initial discovery hole, Eloro has released a number of significant drill results in the SBBP and the surrounding mineralized envelope which along with geophysical data has defined a target zone 1400m along strike, 500m wide and that extends to a depth of 600m. This zone is open along strike to the northwest and southeast as well as to the southwest. The Company’s nearer term objective is to outline a maiden NI 43-101 compliant mineral resource within this large target area. As outlined in this press release as a result of continuing discoveries from recent drilling that have substantially extended the high-grade feeder zone at Santa Barbara, the Company has pushed back the inaugural mineral resource to the end of Q1 2023.

Eloro is an exploration and mine development company with a portfolio of gold and base-metal properties in Bolivia, Peru and Quebec. Eloro has an option to acquire a 99% interest in the highly prospective Iska Iska Property, which can be classified as a polymetallic epithermal-porphyry complex, a significant mineral deposit type in the Potosi Department, in southern Bolivia. A recent NI 43-101 Technical Report on Iska Iska, which was completed by Micon International Limited, is available on Eloro’s website and under its filings on SEDAR. Iska Iska is a road-accessible, royalty-free property. Eloro also owns an 82% interest in the La Victoria Gold/Silver Project, located in the North-Central Mineral Belt of Peru some 50 km south of Barrick’s Lagunas Norte Gold Mine and Pan American Silver’s La Arena Gold Mine. La Victoria consists of eight mining concessions and eight mining claims encompassing approximately 89 square kilometres. La Victoria has good infrastructure with access to road, water and electricity and is located at an altitude that ranges from 3,150m to 4,400m above sea level. 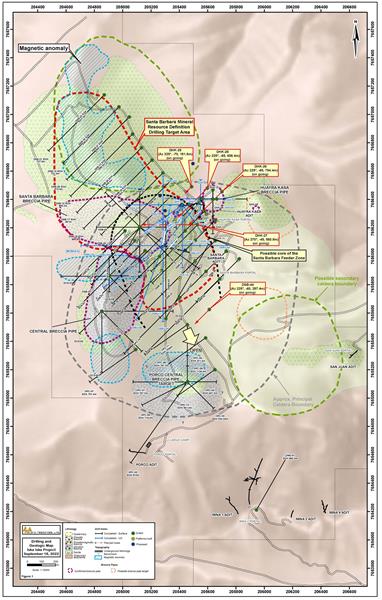 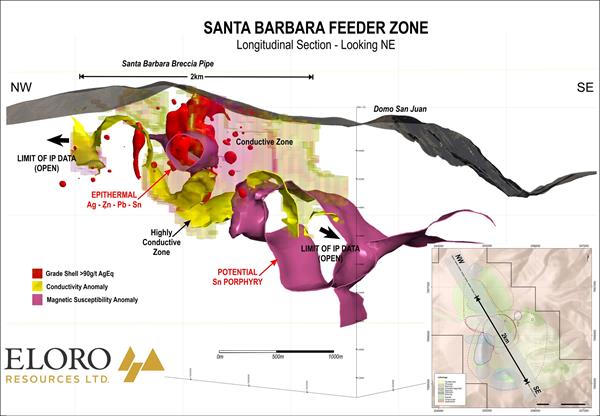 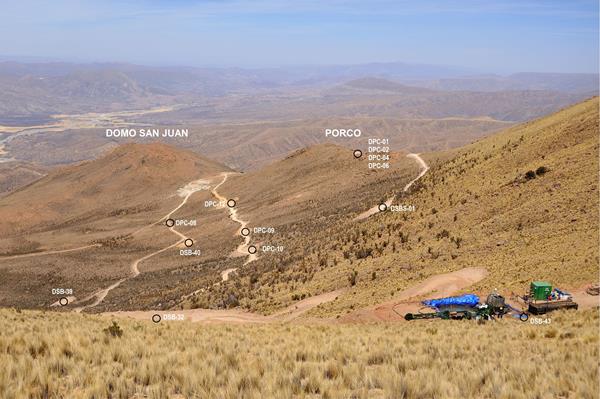