GCM Mining Corp. (“GCM Mining” or the “Company”) (TSX: GCM, OTCQX: TPRFF) announced today multiple high-grade intercepts from the latest 79 diamond drill holes totaling 14,798 meters of the ongoing underground in-fill drilling campaign that is being carried out by the Company’s Mine Geology Department at the El Silencio Mine at its Segovia Operations. This mine geology in-fill drilling campaign, which commenced in 2020 and is ongoing, is focused on resource definition within the underground mine developments of the El Silencio Mine and complements the results from the 2021 in-mine drilling programs being carried out by the Company’s Exploration Team announced in the Company’s press release on December 16, 2021. In particular, the continuation of multiple high-grade intercepts in the 1040 Vein discovered last year by this mine geology in-fill drilling campaign at the El Silencio Mine reaffirms the potential for the current and future development of this flagship mine.

The best high-grade intercepts from these latest drill results at the El Silencio Mine include:

Serafino Iacono, Executive Chairman of GCM Mining, commented, “Our drilling programs at Segovia are continuing to provide us with outstanding results. In-fill drilling has consistently delivered evenly distributed high-grade results throughout the 1040 Vein, which is close to the mine workings currently in production. This will contribute to the expansion of mineral resources and will increase the mine life for the El Silencio Mine. We will be incorporating these results in our annual mineral reserve and resource updates expected to be announced in March 2022.”

In-fill drilling from underground stations ES610N and ES1180N, installed off levels 27 and 29, respectively, was successful in confirming the high-grade nature of the 1040 Vein and extending the down-plunge continuity of the orebody by 300 meters. The 1040 Vein is an east-west trending structure, shallow-dipping to the north, located in the footwall of the 1180 Vein and interpreted to merge into the Manto Vein System to the east. Multiple high gold grades were intersected from 28 drill holes (5,991 meters) with maximum intersection grades of 201.22 g/t Au and 109.8 g/t Ag over 0.36 meters on the 1040 Vein (ES-GM-U95-21). The footprint of the orebody outlined on the 1040 Vein so far is over 600 meters down-dip by 250 meters wide, and it remains open up and down-dip and laterally. Confirmation of this new orebody offers the potential for additional mineral resource growth and extension of the mine life.

* Denotes underground drill holes. Underground drill holes coded as GM were drilled by the Company’s Mine Geology Department. The underground infill holes were drilled at -0 to -79 degrees from the horizontal. Sample interval grades over 6.0 g/t Au are reported. Narrow veins may be diluted by wall rock to achieve a minimum sample length. Grades are for quartz vein intersections and are length-weighted composites. The width is the sample length and is not necessarily the true width of the vein. All gold and silver grades are uncut and are not diluted to a minimum mining width.

Dr. Stewart D. Redwood, PhD, FIMMM, FGS, Senior Consulting Geologist to the Company, is a qualified person as defined by National Instrument 43-101 – Standards of Disclosure or Mineral Projects and prepared or reviewed the preparation of the scientific and technical information in this press release. Verification included a review of the quality assurance and quality control samples, and review of the applicable assay databases and assay certificates.

The Segovia samples were prepared and assayed by SGS Laboratories Ltd (ISO 9001:2008) at their laboratory in Medellin. Gold was assayed by 30 g fire assay with atomic absorption spectrophotometer (“AAS”) finish. Samples above the upper detection limit of 10.0 g/t gold were re-assayed by 30 g fire assay with gravimetric finish. Silver was assayed by aqua regia digestion and AAS finish. Silver samples above 500 g/t were re-assayed by nitric and hydrochloric acid digestion with AAS finish for ore grades and the highest in grade double-checked by SGS Laboratories Ltd. in Lima, Peru. Blank, standard and duplicate samples were routinely inserted and monitored for quality assurance and quality control.

Additional information on GCM Mining can be found on its website at www.gcm-mining.com and by reviewing its profile on SEDAR at www.sedar.com.

A photo accompanying this announcement is available at https://www.globenewswire.com/NewsRoom/AttachmentNg/18e84aa0-a598-48a2-aecb-208e16258e5c

A photo accompanying this announcement is available at https://www.globenewswire.com/NewsRoom/AttachmentNg/aee9abd5-ab0b-44a7-b344-6db93c7c0a45

A photo accompanying this announcement is available at https://www.globenewswire.com/NewsRoom/AttachmentNg/2657699e-6988-4fff-b3c1-5d3e5c4972ed 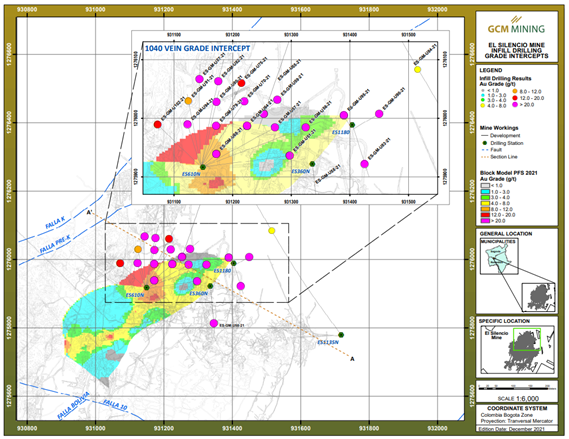 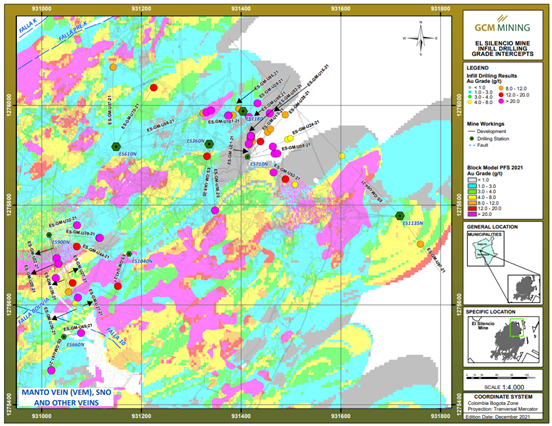 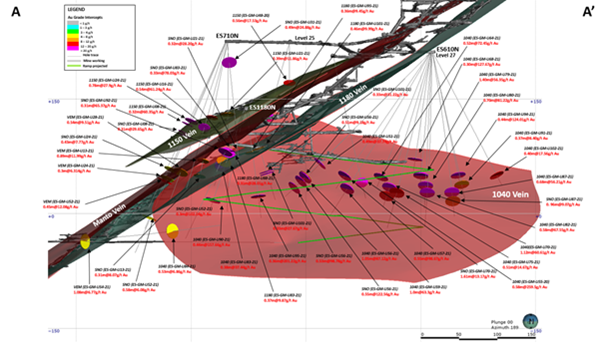